Zorya is the third Red Hearts Queen to be on the throne after the unification of the Red and Hearts kingdoms and the merging of the Wonderlands and the Looking Glass territories. Her grandmother unified both places with an iron fist and rage powered commands. Everyone that doubted her, was ran over and never heard from again. Her mother reigned a much calmer age, when people were either too afraid or silently plotting. In the day Zorya received her crown, planning grand things for the kingdom she loved so much, and thinking high of her grandma as a powerful role model, the Wonderlandians and Glassiers rioted against her in her inexperience, and made her flee for her life, away from all that, wich made her come to earth. Once safe, she cried until no more tears came out, exiled by the people whom she loved, and thrown away in a world whom she knew nothing about, and would probably be as hated in here as she was in her birth place. With only a friend by her side, she set herself in this world, unsure of everything, and without love in her heart.
às 12/05/2015 06:33:00 PM Nenhum comentário: 
Always a shy boy, a noble born to serve royalty, Cimon learned his family's work, always working for the princess when her company maids weren't there. Born right after the third princess, he soon took a liking to her and became very close friends. Always with the pressure of his father on his shoulders, he fled his duties to "serve" the princess, being by her side always filled him with confidence and determination. Easily he got scolded by her dad for always being late, which made him grow distant from his family, more introverted and dull to society and other people around him. Even if timid and kept to himself, when a friend needed him, he became serious and straight-forward. The coronation day made him beam with glee for his friend, he made her hair into pretty braid buns, and went to meet watch her coronation. In his way, he met his father, who gave him a weapon and told him to do absurd things with his only friend. Cimon told him he would do it, and ran to the princess chambers, shocked to see she was already heading into her ceremony, when he reached her, people thought he rebelled against the overthowing, and went after them both. He grabbed her by the hand just after the crown was put on her head, and a knife was soon following it. They both ran for their lives as he soon realised there was no safe place for them in their homeland, he teleported the two of them to the place where he would look for Alice one day. In there, he hugged his friend, now a Queen of nothing, while she cried his heart out. Cimon knew next to nothing of this world, but he took her hand and made sure they both would live a life full of freedom from that day on.
às 12/05/2015 05:32:00 PM Nenhum comentário: 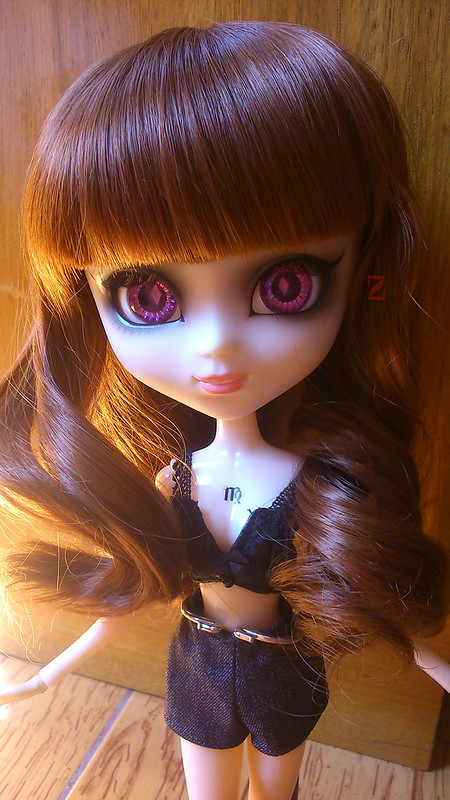 Born in Venus, Roxanne is quite new to Earth. Even though coming to Earth is prohibited and very dangerous, she decided to come here and learn more about the roots of humanity and how feelings affect one's life, given that Roxy always felt the need to show her appreciattion to others in the most affectionate ways, and how she thinks a life without cherishing is absurd. Cythereans turn her down so much on how she should be much more reserved and how feelings are dangerous, she began to wonder if she really was wrong in wanting to live a life full of love. Unconformed with such thought, she decided to travel to the only place in the galaxy she knew she would find the awsers.
Barely arriving alive, she landed on a park and met a girl, who was playing with fire. Impressed by how Earth was different from Venus and how 'easier' living was, she spent a whole week stalking the girl in her trecking to a small city. The night before they reached the city, Roxy decided to reveal herself to the girl, whom was much less chocked Roxy though she would be. They both talked all night long and soon realised they could be the best of friends. She talked to her new friend, Chantico about her mission on learning about true love on earth. Her new friend's face turned sad, muttering how she was in the same journey. Roxy beamed up so much she had someone already in the same siuation as her, she hugged Chantico. The young Venusian girl could never expect her new friend and her where about to go on the wildest adventure.
às 12/01/2015 03:44:00 PM Nenhum comentário: 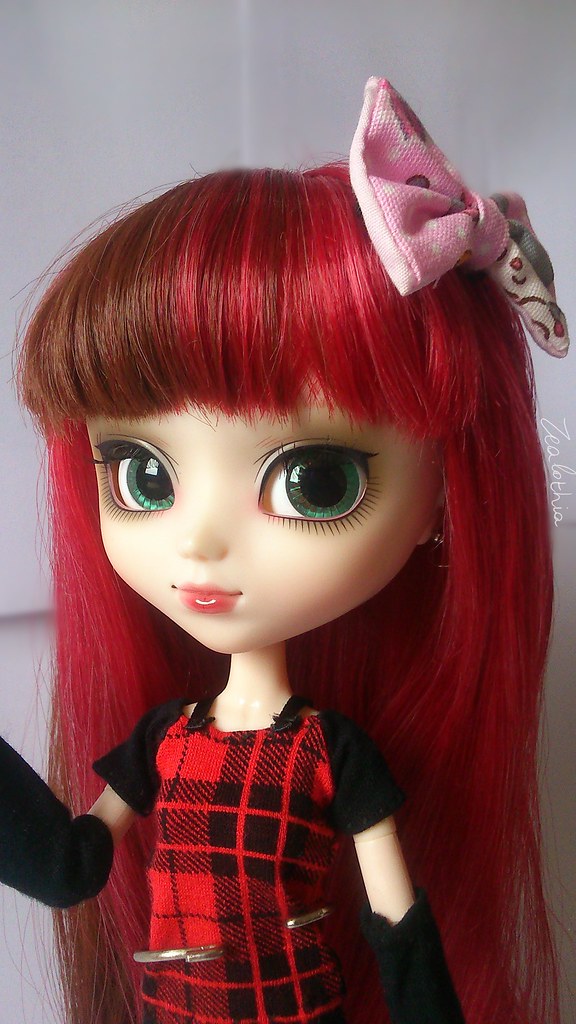 Chantico was born in a witch clan, mostly engaged in elemental magic. At a very young age she found out her gift for Fire Magic, and was well liked by her clan as a sweet and energic girl, so full of life and determination.
One time she fell in love with one of the clan's boys, an earth wizard. They spent a lot of time togheter, he inspired her to do even better things and keep studying, and she retributed his support by helping him vent and encouraging him at being himself. Her whole life was this boy, and she didn't have many friends, for they all couldn't keep up with her energy. The day arrived when Chantico decided to talk to him about her feelings and make their union official, she was bursting with happiness like she never felt before. Her sparks were shining so bright when she was walking down to the glade they used to meet. Upon arriving there, her flame snuffled out in a second. He had another girl in his arms. Tears streamed down her face as Chan-chan asked him why he was betraying her. The other girl buried her face in his chest while he said she wasn't as delicate and didn't need him around, how she was too much for anyone to bear, how he found a girl much more worth protecting because she actually needed him and wasn't so independent. His words made her tears be replaced by flames of rage and refusal. She roared his doing wasn't fair and it wasn't right before her hair grew red in flames, her green eyes turned red, her mark and flames burned pink as she charged at him. Her hands burned the love out of his body, fueling her with so much energy her whole aura shifted with red and pink flames. It took the horrorized look on the other girl's face and the empty expression of the boy to make her realise she drained the feelings out of his body. As she stormed away from that place, her flames got quieter inside her, She swore to herself no other man would fake feelings for another girl, and as she turned back to normal, she felt something calling her to far away from her homeland, and she awsered to the call, not knowing it could bring her more than she ever could want from life.
às 12/01/2015 03:25:00 PM Nenhum comentário: